← Going on a walkabout
Class continued →

Class – Eating with others

When one begins a journey in nutrition, one of the first concerns or challenges seems to be the polarizing effect of eating healthfully and eating SAD (Standard American Diet).  It’s true, if you want to eat healthfully it means knocking out a lot of the “culturally acceptable” feast extravaganzas.  There is a ton written on this topic, polite excuses to get you out of the fatty, cheesy, meaty dishes at a well meaning friend’s house, eating before you head to Aunt Sally’s before Thanksgiving, hosting your own holiday meal sans all taboo foods.  Personally, that all sounds TERRIBLE to me, here’s the only thing I’ve read (so far) covering this topic of “food culture” that I like.  It is an excerpt from Dr. Andrew Weil, M.D., his book: “Eating Well for Optimum Health The Essential Guide to Food, Diet and Nutrition”. 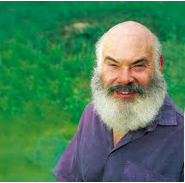 A couple of caveats: Dr. Weil’s philosophy is like “when in Rome”, if I were vegan or vegetarian, this might not work.  Also, I’m not in Rome everyday if you get my meaning, this is for the occasional experience.

It’s a long excerpt but I hope you’ll find it helpful.

“The social importance of food and eating, like their association with pleasure, must be honored by anyone advocating eating well.  Too often people who follow rigid diets in the name of health isolate themselves from the social interaction that is itself an important factor in optimum health.  I can think of no better illustration of this observation than this excerpt from an article entitled, “Camaraderie Is the Best Diet” by Ronald Koetzch that appeared in Natural Health Magazine:

‘I spent a month in Russia, teaching at Moscow State University. One weekend, Martha (my teaching partner) and I went with several Russian students to visit St. Petersburg….We arrived around 11:00 p.m.  Our hosts were a medical student and his wife and they had prepared a Russian banquet for us.  There was borscht, thick slabs of dark bread, mounds of butter, salted fish, apples, pastry, cheese and vodka.  By the time we sat down to eat it was well past midnight….I was tired and not particularly hungry.  And I remembered that eating late usually makes me feel lethargic and dull in the morning.  Like Buddhist minks who do not eat after midday, I prefer to go to bed on an empty stomach.

So when the eating began, I politely explained that I wasn’t feeling well and that I would just have some water and apple juice.  My hostess said, “If you don’t feel well, the answer is to eat.  Yes. Yes.  Eat for health.”….

I held to abstinence, though, with a slight sense of self-righteousness.  While everyone else ate, drank and was merry, I sipped juice and water and waited for the moment when I could politely excuse myself and go to bed.  After an hour or so, I did, but the eating, drinking, conversation and laughter continued long thereafter.  One of my last thoughts before sleep was: “Well I, anyway, will be clear and energetic tomorrow when we tour the city.”

Alas, such was not the case.  I was groggy and out of sorts, and I felt alienated from the others.  Andy they, despite going to bed full of vodka and food, were cheerful and brimming with energy.

I was a bit dismayed by the apparent injustice…..

Soon after my Russian sojourn, I was in Germany….and I attended a breakfast marking the end of a local holiday.  The meal was served in a huge hall.  In the middle was a 30-piece German brass band playing “oom-pa-pah” music at a mind-numbing volume.  Hundreds of men dressed in dark suits and frilled white shirts were sitting at long tables, drinking beer, talking, laughing and occasionally breaking into song.

As soon as I sat down, a large mug of frothy beer was placed before me, and my immediate neighbors – red-faced and smiling- (they) raised their mugs in salute…..it did not seem a time to ask for peppermint tea….(I) took a sip of my beer.  It was thick and delicious.  I took another sip and started talking to my neighbor, a policeman from the town.  When I finished my mug, another appeared in front of me….

Eventually, breakfast was served.  It featured a deep-fried pork cutlet about the size of a Frisbee. To one who has eaten little meat and no pork for over two decades, it seemed “The Mother of All Pork Cutlets”….what was I to do? -ask our Walkyrie of a waitress to bring my hummus and alfalfa sprout sandwich instead?  I dug in, eating the cutlet, potato salad, and everything else on the plate with relish.  It was delicious.

When I left, I was relaxed, happy……I had a sense of foreboding though.  When will the ax of judgement fall upon my dietary sins?  I wondered.  But it never did.  I felt unusually energetic and ebullient that whole day and for days afterward.’

Koetzsch’s conclusion is that when ‘food is blessed by being shared, by being eaten in fellowship amidst conversation and laughter….all food is ‘health’ food.’  I agree.”

Lastly…I know, longest post ever…anyway, Dr. Weil is a nice “transition” teacher if you are moving from SAD (Standard American Diet) to a healthier way of eating.  Plus he reminds me of Santa Claus, which is an awesome thing in my humble (and lengthy) opinion.